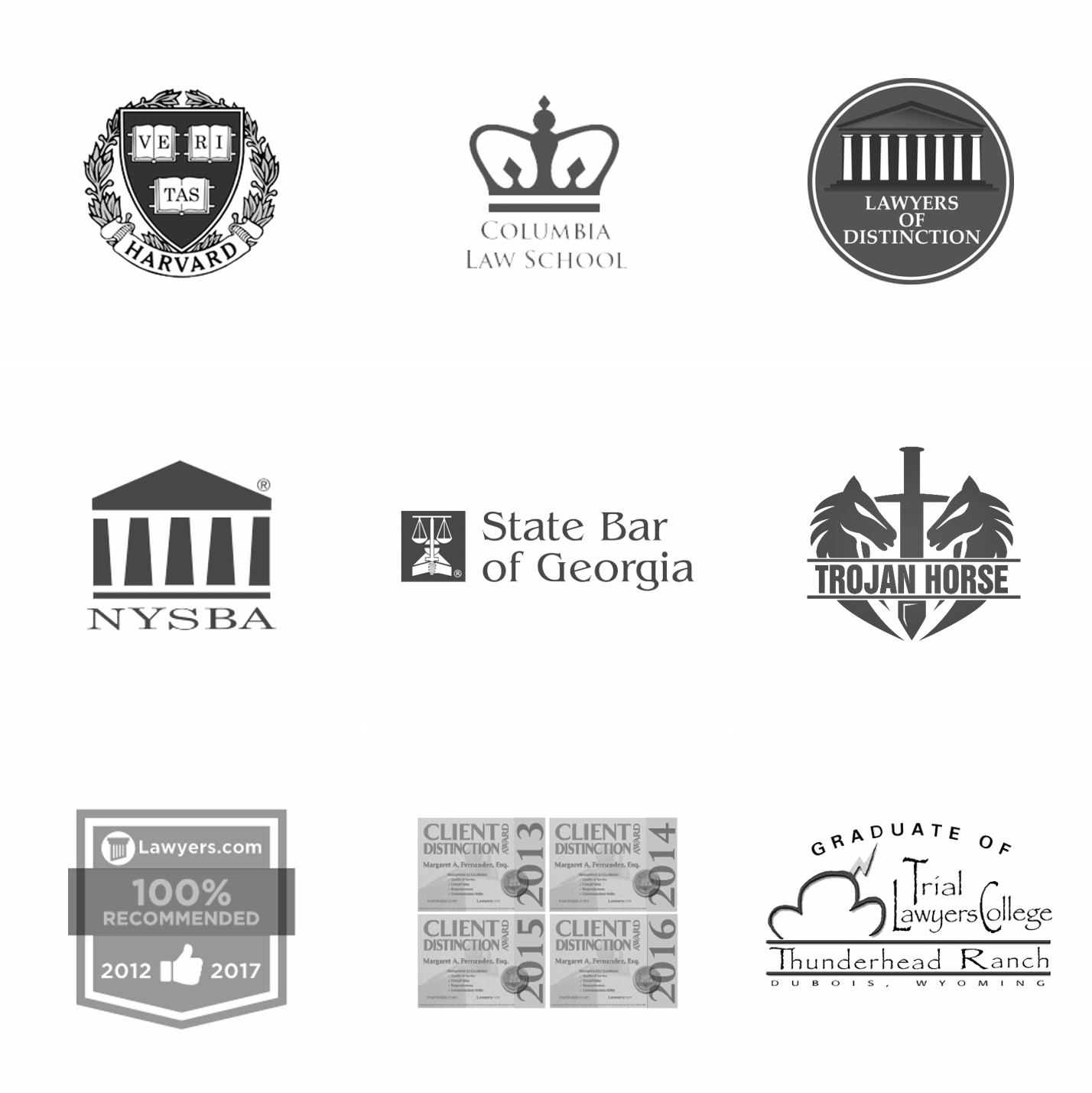 The firm’s principal, Margaret Fernandez, is a business and technology attorney who is a graduate of both Harvard Law School and Columbia Law School. She was appointed to the Technology Advisory Committee by State Bar President Ken Shigley. Before receiving her law degree from Columbia Law School, Margaret graduated from Harvard University with a degree in economics and a background in science. These two disciplines served her well in her focused practice of business and technology. Margaret was an IBM Thomas J. Watson scholar at Harvard and was the submissions editor of the Columbia Business Law Review at Columbia, where she was twice named a Harlan F. Stone scholar for academic excellence. Margaret served as a federal judicial law clerk from 1992 to 1993 to the Hon. Richard C. Erwin, Chief Judge of the United States District Court for the Middle District of North Carolina. Margaret is a 2005 Graduate of the Trial Lawyers College founded by Gerry Spence and has trained in the Trojan Horse trial methodology. Margaret has been named a lawyer of distinction in intellectual property in the United States.

The Fernandez Law Firm provides high-quality, highly-efficient legal representation to both individuals and businesses in the Atlanta-Metro area and North Atlanta Suburbs. The Fernandez Law Firm, P.C. has been recognized for excellence and has consistently won the highest awards and the highest customer approval ratings from Martindale-Hubbell and Lawyers.com for the quality of service, overall value, responsiveness, and communication ability for 2013, 2014, 2015, and 2016.